I met student one of my mature students with dyslexia around 2 years ago.  He came to me as a 40 something working in a professional medical career but wanted to apply to university to progress his career.

His confidence in his own literacy ability was by his own admission really low.  His experiences of education in school were still causing him to have a negative view of his own ability despite always working and now working in a very professional and responsible role.

He told me dreamed of being able to sit in a public place and being able to read a book.  When he visited a restaurant he always ordered the same meal, not because he was stuck in his way but he didn’t feel confident looking at the menu and choosing something else. Regularly he watched the same programmes as he knew when they were on TV but he didn’t feel able to look through the TV guide to choose something different.  And TV games shows that involved needing to read or spell, well they were just a no go zone!

Excitedly he came into his session, around 8 months after he had started sessions using with me.  He told me how he’d found his self in Waterstones book shop picking up a book off the shelf and attempting to read the first page!  From therein he started to read 2-3 pages a day.

Since then I’ve loved hearing his stories about being able to sit and watch Countdown and work out one of the conundrums.  On his latest holiday he and his wife played their first ever game of Scrabble!

Recently, I was delighted when he told me his latest, he had received a date to attend an interview to study a university foundation degree.

We had a further breakthrough when he agreed his new goals are to start and work on his sentence writing skills.  Until now he had been very reluctant to write sentences.  Now he is beginning to recognise the need to develop those skills in preparation for his university course.

It takes an immense amount of courage for a mature student to approach a tutor and I rarely see adult learners have the courage to invest in themselves.  The barriers to learning which are developed in school, often remain throughout adulthood and stop adults returning to education and often they don’t allow themselves the opportunity to maximise their potential.

The great thing about CodeBreakers® means mature students in particular can now access the programme in their own homes.  They can use text to speech software to read the programme aloud to them, it means they can learn and understand the rules, just like having a tutor alongside.

Many of my mature students have found CodeBreakers®dyslexia programme to be more suitable than many programmes available as they feel it is a more mature approach to learning, especially as it doesn’t contain pictures and cartoon graphics. 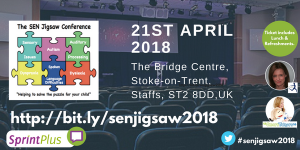