From dyslexia diagnosis at university to becoming a professional film maker 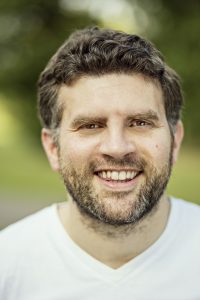 Rob Greens, film maker, tells us in his own words about his experience of dyslexia at school, being diagnosed as an adult at university and his own reflection on how his school experience impacts upon him today.

Rob Greens is now a professional film maker, script writer and plans to make a feature film within the next couple of years.  Rob’s film making has so far focused on his own experiences and he now has a project he’d like to complete about his elderly parents separation, for which he is hoping to enroll the help of a producer.

“I am a dyslexic writer and a filmmaker and wanted to share with you my latest short film (it’s just five minutes!). It’s a memoir about finding out I was dyslexic at university and it being undiagnosed when I was at school. It’s narrated by my wonderful 7-year old nephew.

I made it late last year at university but only had the guts to send it out now (interestingly, that’s what part of the film is about – why what happened to me at school I think relates to why I am frightened to send my work out).

I’ve had a great response – beyond what I could have imagined – after sending it out to a few forums it’s been viewed over 1,000 times in 48-hours. I’ve had so many people around the world say it made them cry, touched them, or could find themselves in it. Some parents who have dyslexic children said it helped them understand what may be going with their children. It’s been great feedback – as this is one of the reasons to make films, to connect people together.

Another important motivation for me to make films is to communicate my thoughts and feelings. Again, I think this may stem from going through education not always being able to communicate in writing and verbally my ideas and how frustrating this has been. However, I think this has also given me a determination to overcome my difficulties and work harder to achieve my goals.

I wanted my nephew to narrate my film, as I was intrigued to see how a younger person talking about themselves as older would inflect the content. We hear him talk about school and university through this innocent voice. It’s quite magical (and heartbreaking). Also, Bill – my nephew – is a great reader but I knew he would stumble across words. I wanted viewers to experience the issues being discussed through how they are said as well as what is being said”.

If you enjoy the film, please share it and help spread the word.

It’s clear at even a young age children are aware of their own ability grouping and this along with the way in which we communicate with students can have an impact on confidence levels later in life. Also delaying students  diagnosis until later in life can result in missed opportunities in education.  Diagnosis at university can sometimes be a relief, knowing why you have struggled but at the same time feedback needs to include positive attributes too, as it can impact upon self assurance at an academic/knowledge level also.

Check out Rob Greens’ other films on www.robertgreens.com